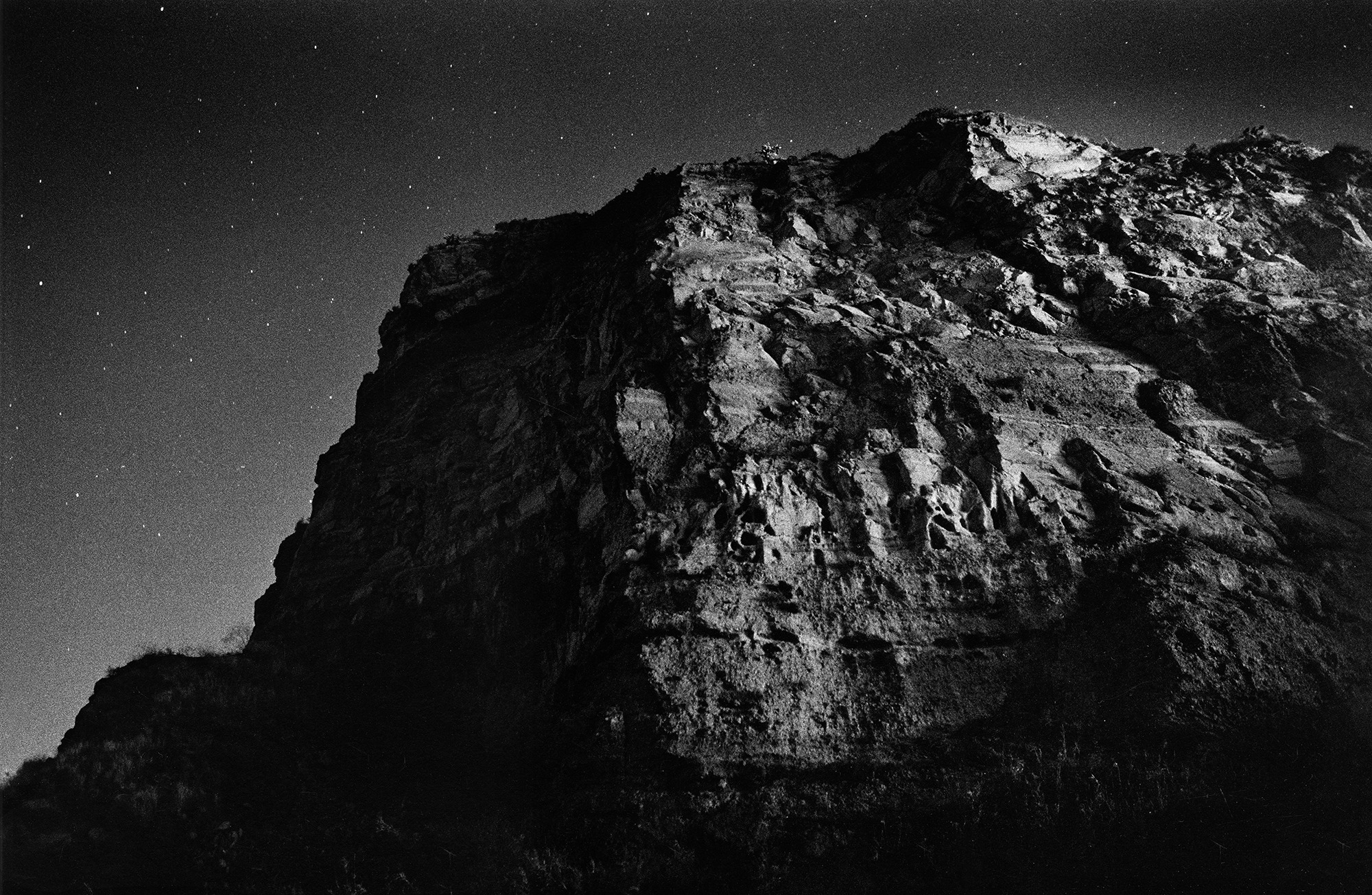 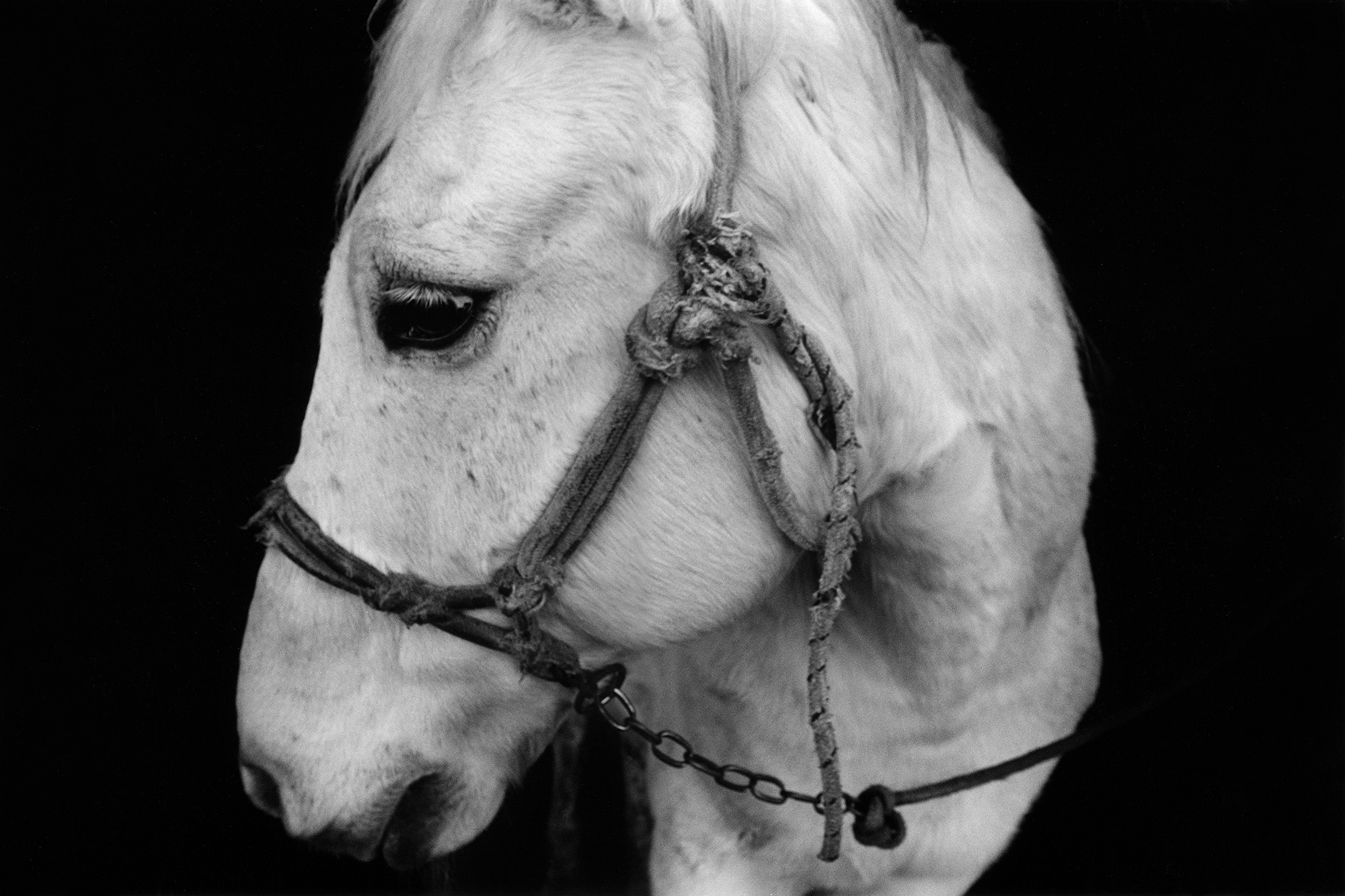 In the place where I was born we use the expression “‘A terr’ a’ ‘rena” to mean “from the beginning.”

The rena is the beach. The lying sand.

The beach represents the initial or simply lowest point of land just after the sea. It is the original point of view that I recovered to look at.

I observed the stones: hard yet round, their plasticity that was of fire.

The stillness of a boulder found in the forest became ominous in the muteness that recalled its explosion.

When I began the project in 2019 I was following the idea of sand as catharsis of dust, expressing in photographs my need to extinguish myself and put myself “back to size.” In 2020, following the Covid-19 outbreak, the need to safeguard the environment became visible to all. During the short summer’s respite from the pandemic, I took to the mountains again; the first sets of moving living things that caught my attention were flocks of sheep and small herds on farms. Observing the animals in their pens or in their orderly march for a long time, I felt the magic of their domestication. I have a sense that this may represent a chance to talk to and connect with the wild and the relentless, and to be able to reconnect with them in a sense. To find a gateway to the ancient origin, now beyond time, that the eyes of the animals remember.

The dust raised by the herds and the whiteness that is not afraid to be confused now accompany me in the search.

Harena is the fable of the ominous creation. Of the indistinct that has been brutally separated and dispersed, and of the mythical paths where every stone and animal leads back home.