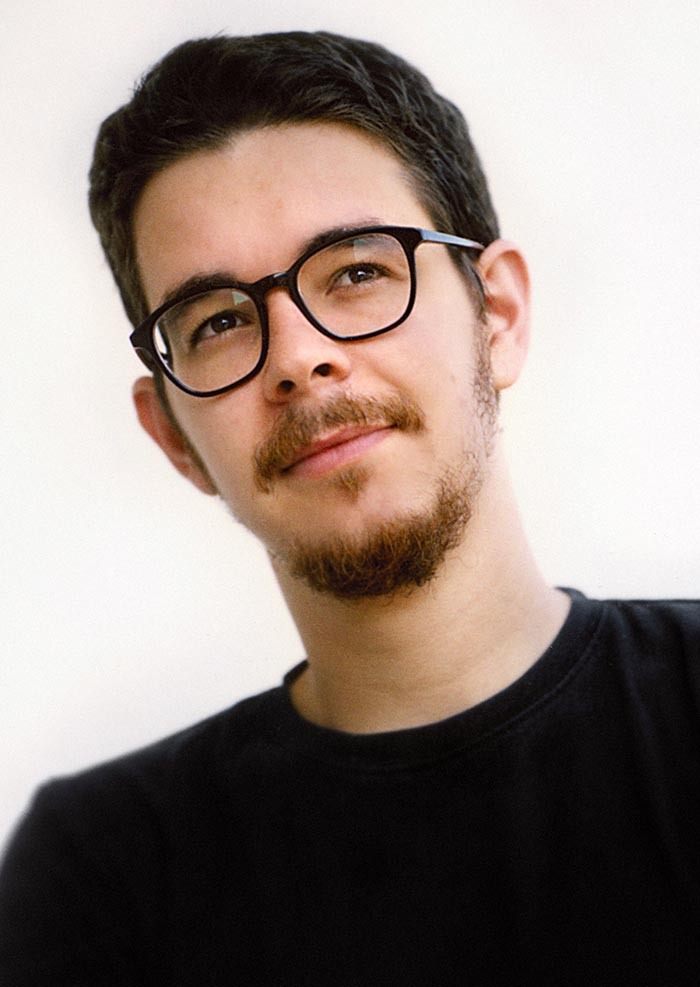 Olmo Amato graduated in Neurobiology at “La Sapienza” University of Rome. In addition to his studies he dedicated himself to photography and to the experimentation with digital manipulation techniques. As a photographer and filmmaker, Olmo creates fine art prints, works in post-production and teaches. In his works, mostly rendered in black and white, he integrates historical photographs with shots taken during his travels. His works have been selected and presented in festivals, galleries and contemporary art fairs. He has won the Setup 2018 prize as Best Artist under 35, the MalamegiLab 2018 prize and Tiziano Campolmi 2019 prize.
In 2015, together with Samuele Sestieri, he wrote and directed the film “I Racconti dell’Orso” (The Bear Tales), which was selected to compete at the 33rd Torino Film Festival, at Rotterdam International Film Festival 2016 and numerous other Italian and international festivals. 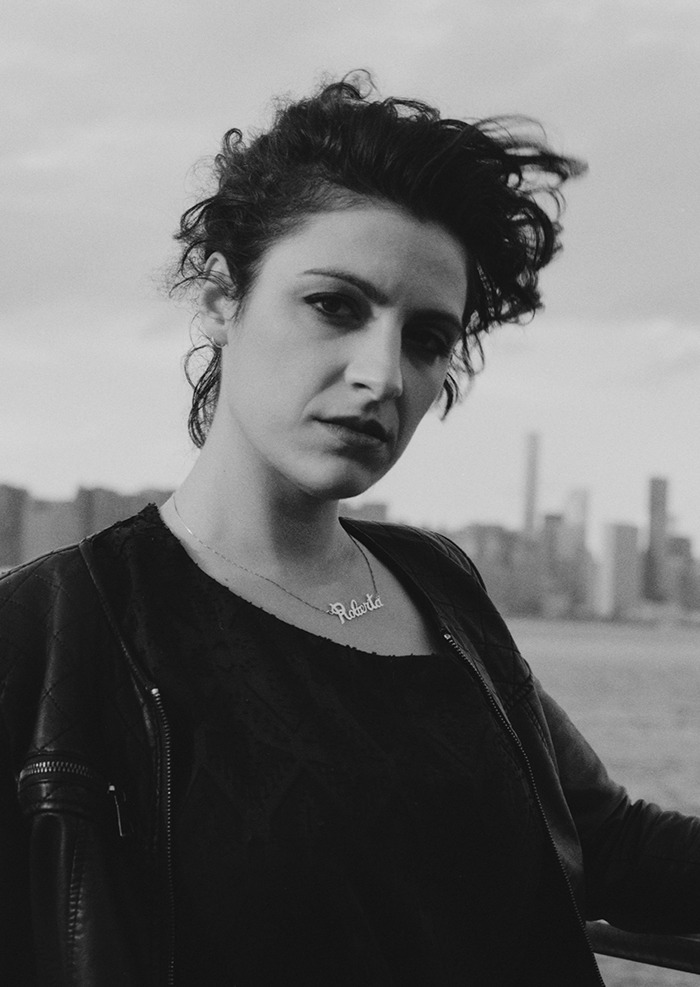 Curator of the prize

Independent photography Curator. She was the Italian coordinator of the first edition of European Tour organized by Photo Workshop New York. She collaborated with Tribunali138 photojournalists’ studio by Luciano Ferrara (Napoli, Italy), curated “The Phone Book,” a solo exhibition by Robert Herman for the LO.FT gallery in Lecce (Italy) while collaborating there as a curator (2015-2016). In the last years, she has worked with internationally renowned professionals such as Richard Tuschman, Amber Terranova, Peter Funch, Elisabeth Biondi, Sylvia Plachy. She curated a series of exhibitions for the Naples International Airport. She also teaches editing and curating at Centro di Fotografia Indipendente and was for three years the house curator of Magazzini Fotografici. In 2017 she curated her first exhibition abroad (São Paulo, Brazil) with the support of the Italian Institute of Culture. In 2018 she was a part of Body Island Project where photography, dance and video are the narrating voices protagonists. In 2019 she founded Photo Words Lab: a course talks about the relationship between photographic image and text. 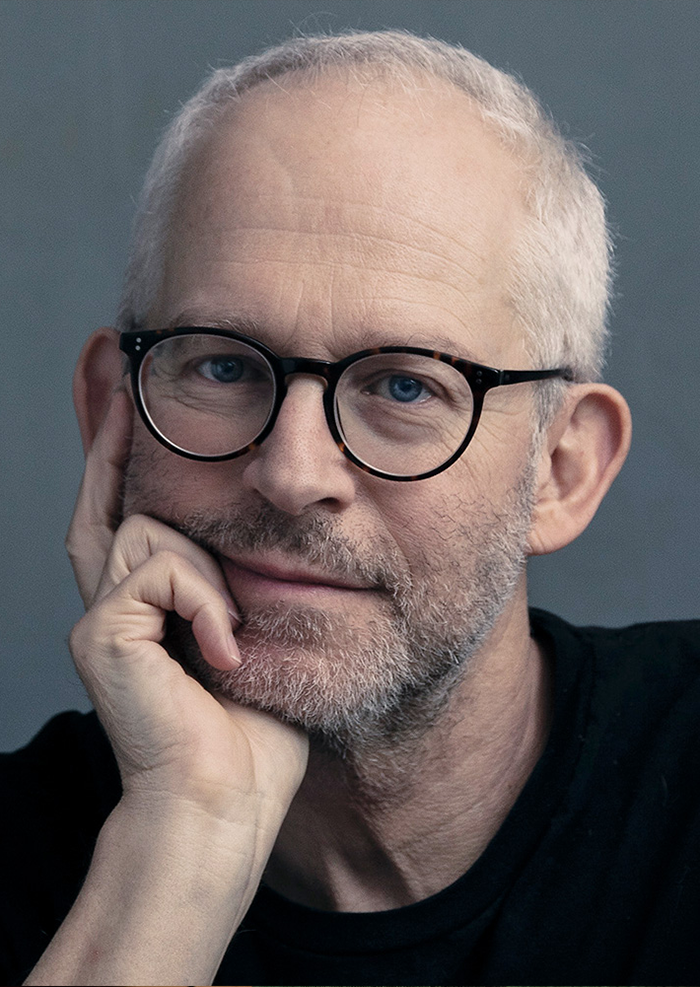 Richard Tuschman (b. 1956) began experimenting with digital imaging in the early 1990s, developing a style that synthesized his interests in photography, painting and assemblage. Tuschman holds a BFA from the University of Michigan in Ann Arbor, and has been exhibited widely, both in the US and internationally, including the Museum of Contemporary Art in Krakow, Poland, AIPAD in NYC, and the Photovisa Festival in Krasnodar, Russia. Tuschman’s projects have twice been selected to the Photolucida Critical Mass Top 50, he was a finalist for the New Orleans Photo Alliance Clarence John Laughlin Award in 2015 and 2016, and was named a New York Foundation for the Arts Fellow in Photography in 2016. Richard Tuschman currently lives and works in New York City. 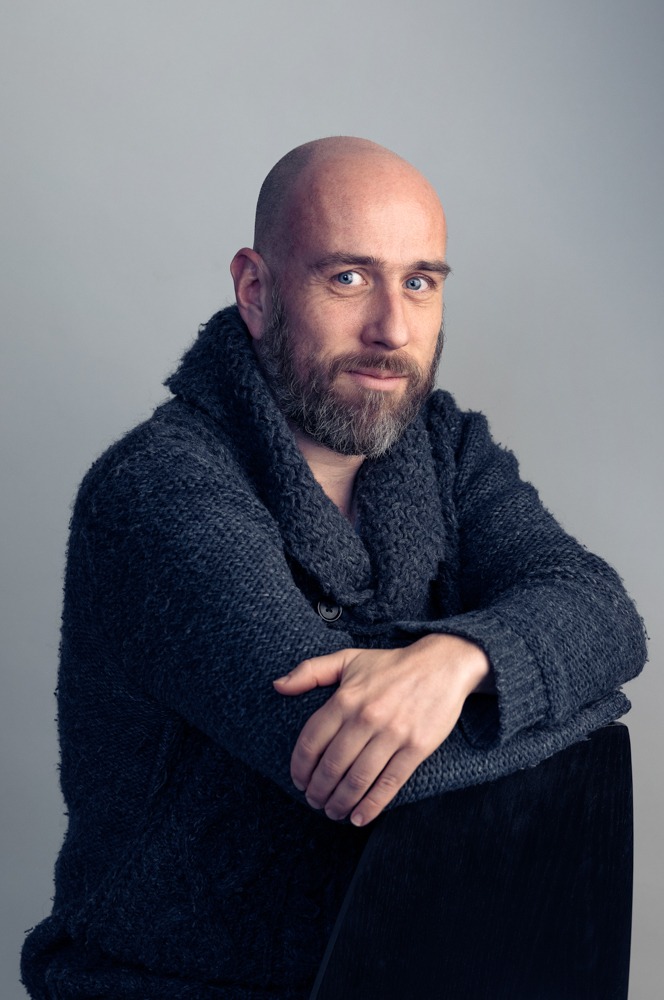 Erik Vroons (1976, The Netherlands) is Editor-at-large for GUP, the international platform for creative contemporary photography, and as Chief editor for the print edition of GUP Magazine.

He is furthermore active as a freelancer, contributes texts to several other international print magazines and online blogs, and he writes essays for artists’ books. He also collaborates with photographers, supporting them in their ongoing projects by way of research and curatorial conceptualizations. Occasionally, he mentors workshops in the field of creative authorship and the development of (art- and documentary) projects. As a consultant/reviewer, he is specifically interested in seeing creative/conceptual projects which proofs good visual storytelling and/or a unique approach to the subject by way of a unique artistic signature. 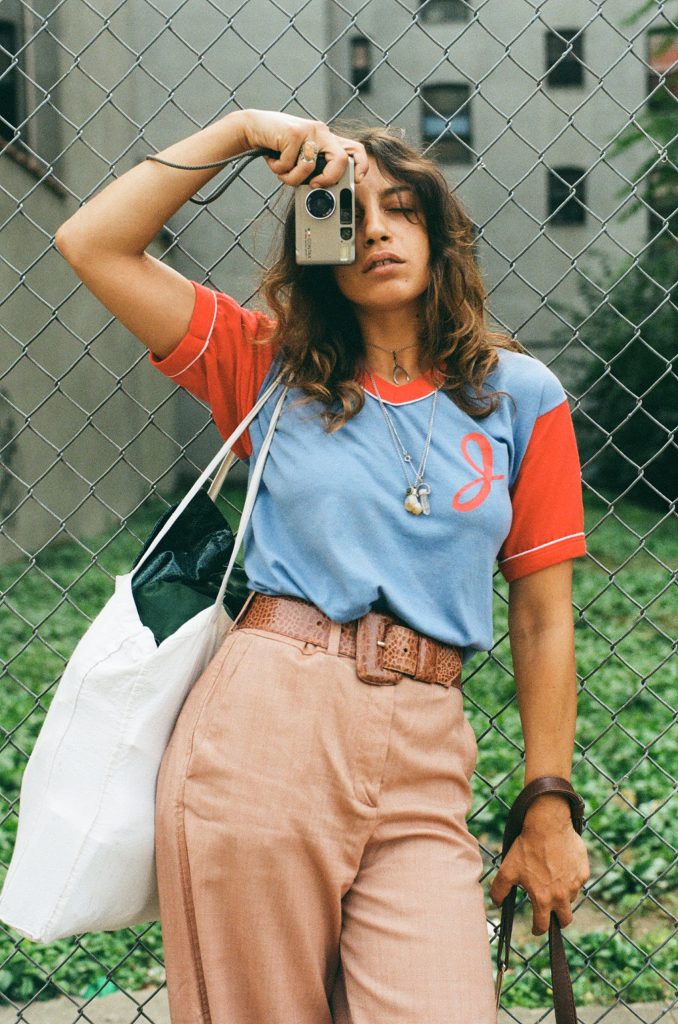 Maria Clara Macrì (Reggio Emilia, 1987). During her adolescence she began to take an interest in political and social issues, with particular attention to gender issues. After graduating in Contemporary World History in 2010, she moved to London where she approached photography for the first time.
During her stay in Naples, between 2015 and 2017, she began to select her female subjects in the streets and to experiment with them a relationship between empathy, intimacy and female representation through photography, portraying them in her apartment used as a studio. In 2017 she moved back to Reggio Emilia, where through the echo she received thanks to Instagram, several women began to contact her, asking to be photographed and thus be part of her visual research project on women. In 2018 Macrì decided to expand the project, including research on the environments where contemporary women live their intimacy and personal freedom: their rooms. She began to travel from New York to Los Angeles, from London to Paris, Milan, to meet and photograph women from other cultures and countries.
Maria Clara Macrì has been nominated for the Foam Paul Huf Award 2019, nominated in the i-D Global list of the 20 photographers to follow in 2020. Her work has been featured in New Queer Photography Book 2020 published by Verlag Kettler, and international magazines among which i-D, Vogue, Vice, Dazed.
In 2021 she is the protagonist of one of the eight episodes of the docu-series “Le Fotografe”, produced by Sky.
Her book released in the 2021 “In Her Rooms” (Postcart) was featured on Vogue Italia, Marie Claire, I-D global, Internazionale, and Fisheye Magazine. 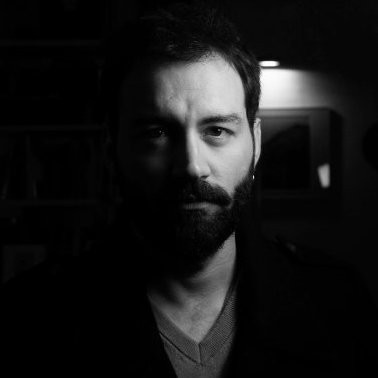 After a degree in Advertising Communication and Design, he starts collaborating with various communication agencies, as Art Director. In 2007 he founded and directed the independent Track Magazine, dedicated to creative writing, photography, and graphic novels.

He devoted himself completely to photography in 2010 and joined a part of the 001 Collective in Rome, where he collaborated in the creation of Fanzine 001 and in the organization of numerous exhibitions and events with national and international authors. In 2016 he created Yogurt Magazine, of which he is Editor-in-Chief and Curator. He also takes care of the productions of the Yogurt publishing house and is the Art Director of the Yogurt Creative Agency: a creative agency that deals with editorial design and communication. Since 2019 he is the co-founder of the Paper Room in Rome, a bookshop focused on independent photography and editorial design. With Yogurt, over the years, he has curated several authors and editorial projects.

He is co-curator with Francesco Zizola and Sara Alberani, for the three-year period 2020-2022, of the research project Garbatella Images funded by the municipality of Rome. Since 2021 he has been the Artistic Director of Charta: a photographic book festival. The Rome festival dedicated to photographic books and contemporary photography, supported by the Ministry of Culture. 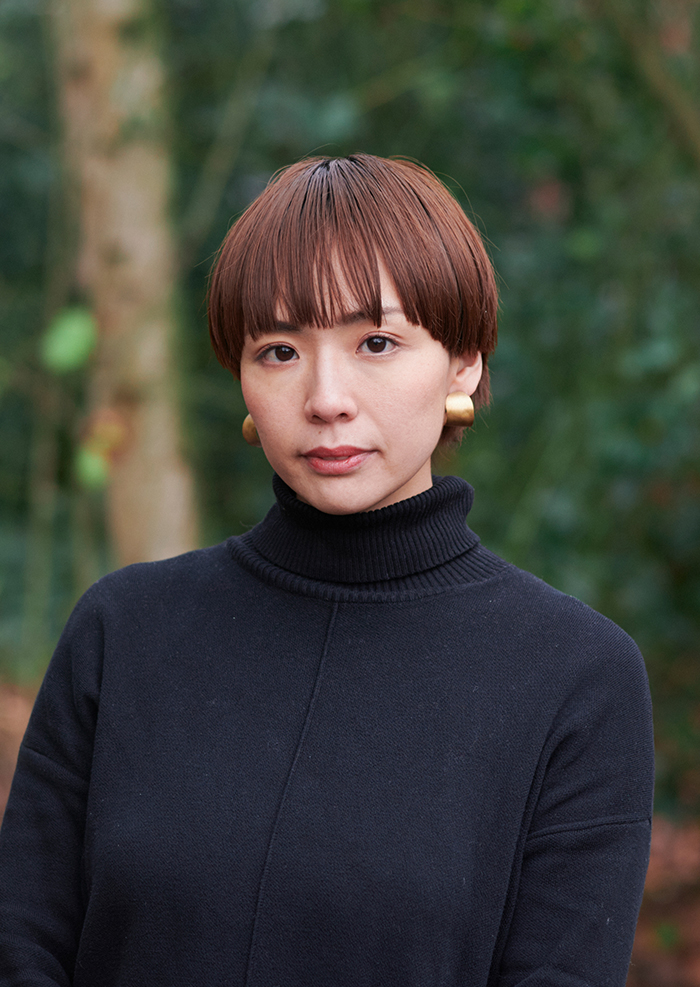 Sakie Miura is a photographer from Tokyo. She was born in Japan and moved to San Francisco for a college education. After graduating with a photography degree, she moved back to Japan and started her career as a freelance photographer in 2016. She collaborated with many magazines and companies, and was selected as one of “34 New Generation Photographers” on Commercial Photo magazine in 2017. In the following year, one of her advertising works was selected for the APA (Advertising Photographer’s Association) award. As a fine art photographer, she has a passion for film photography, particularly in large format, and still spends many hours in a darkroom. She has exhibited her work in various cities including Paris, Berlin and New York. In 2018 she had her first solo exhibition “APPLE BALL” in Tokyo and published her first photography book of the same title. Since 2019, she is based in Amsterdam. 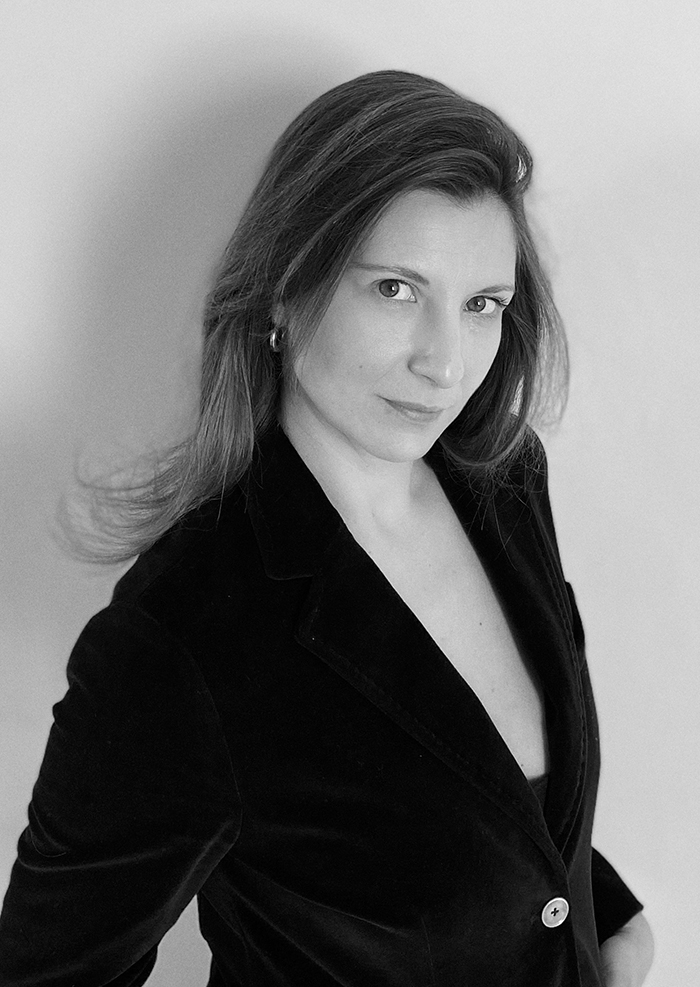 The owner of Gallery 28 Piazza di Pietra. Born in Genoa, she has been living in Rome since 1987 where she graduated in Literature and Philosophy at Sapienza University. After studying and working in the publishing field, in 2012 she opened the 28 Piazza di Pietra gallery in the centre of Rome where she creates and, on several occasions, curates contemporary art exhibitions. In the artistic choices, she favours figurative painting and photography, devoting particular attention to the research and promotion of young Italian and international artists. 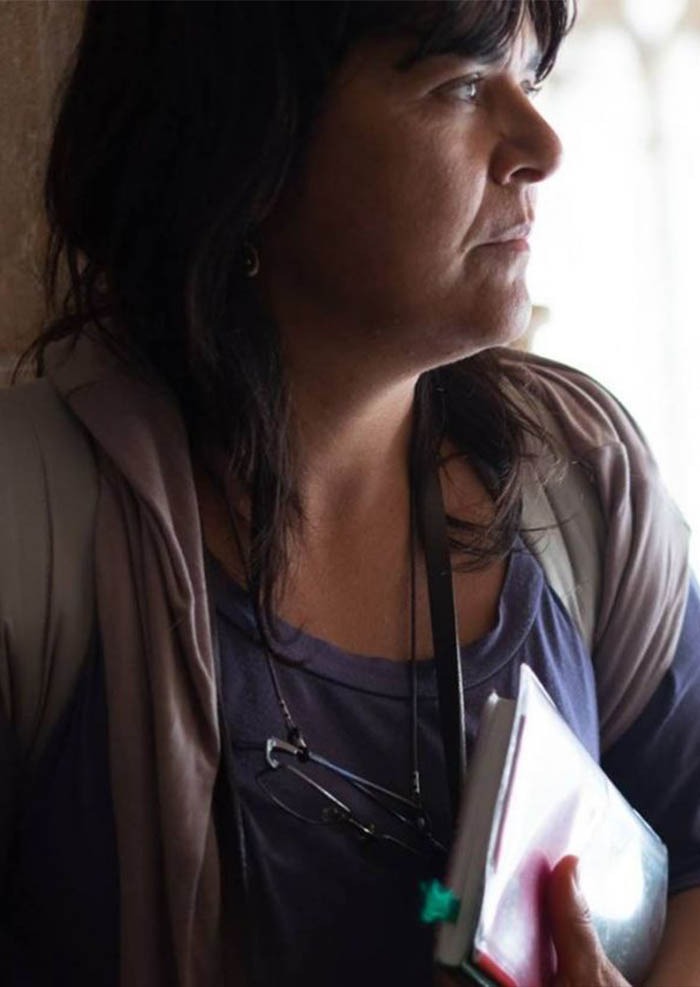 Luisa Briganti is a photographer and curator based in Rome where she directs Centro Sperimentale di Fotografia Adams (CSF Adams) for the last 25 years.  As a photographer, she had several solo exhibitions including: “Assolo metropolitano” on the occasion of the Italian Culture Week at Beijing University in 2004. “I luoghi della memoria – omaggio a Pier Paolo Pasolini” within the International Festival of Photography Rome, 2006 edition. In 2018, at the Castelnuovo di Porto Festival with “Robaccia”, in Budapest in 2019 with the solo exhibition “Passo a due”. As a curator, she organizes group exhibitions and artist residencies at CSF Adams, Prague Photo and in other local and international events including cascinafarsettiArt, which has become itinerant. In 2012/2013 she realized a project with the collaboration of the students of CSF Adams on the occasion of the participatory art event “Rebirth – day – Il giorno della rinascita” curated by Michelangelo Pistoletto. 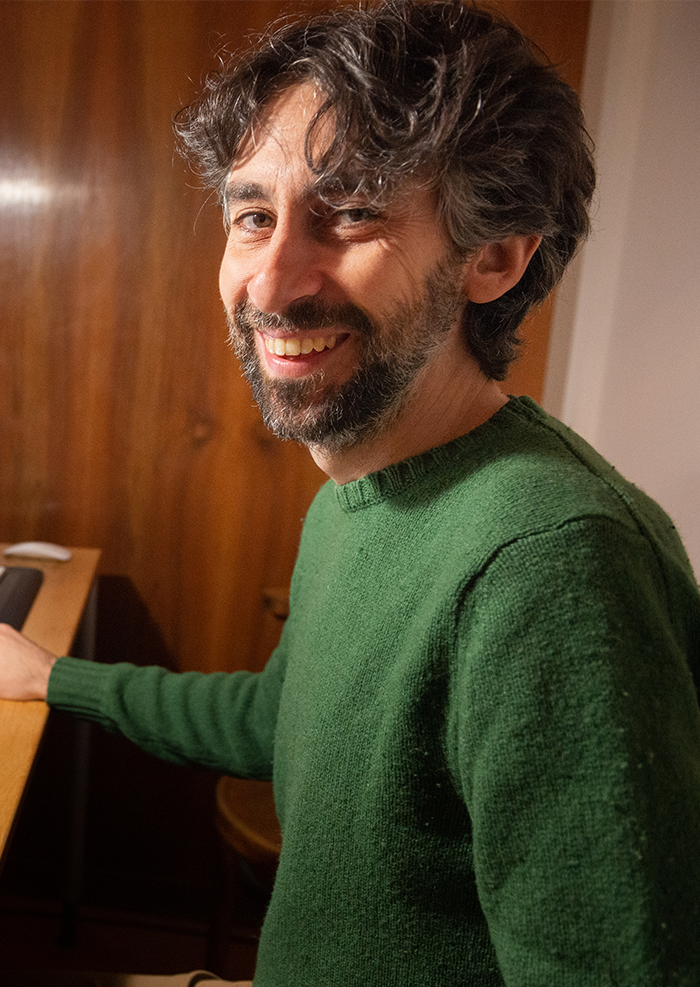 Marco Spatuzza (1980), graduated in Languages, Cultures and Institutions of the Mediterranean Countries at L’Orientale University Institute of Naples (Italy) with a thesis on “Photography as Historical Source.” In addition to his studies he dedicated himself to analog photography and development and printing techniques in the darkroom.
He combines his interest in contemporary history studies and photography at the Istituto Campano per la Storia della Resistenza where he reorganized the photographic archives following specialized training on the treatment of the photographic records in the archives and collaborated in the organization of documentary exhibitions.
In 2014 he opens a fine art printing studio, FUORI GAMUT – Officina di Stampa Fine Art, in Naples. A studio offers high quality digital printing services and provides support to artists and photographers with his expertise in the field of Giclée printing, color management and post-production.
Since 2016 he teaches “Advanced Digital Postproduction” at the Centro di Fotografia Indipendente in Naples.