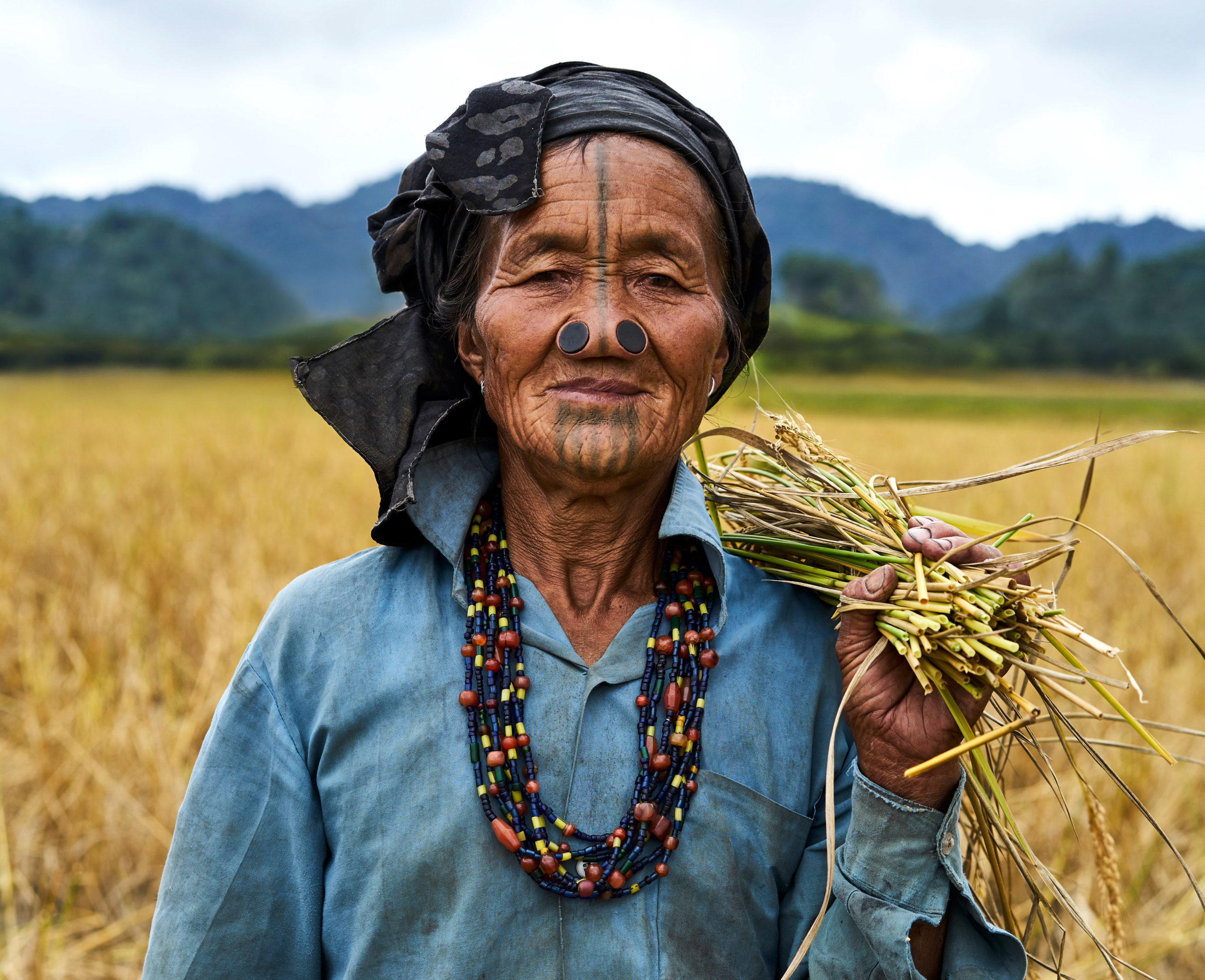 The women from this tribe are exceptionally beautiful that in the past they were captured by neighbouring tribesmen. To prevent this the village elders proposed that each woman inserts nose plugs and has facial tattoos to make them less attractive to the raiders. Similar tradition still exists in some parts of the world such as Arunachal Pradesh. Nose plugs incisions was observed until the 1970s, when the government imposed a ban on the practice.