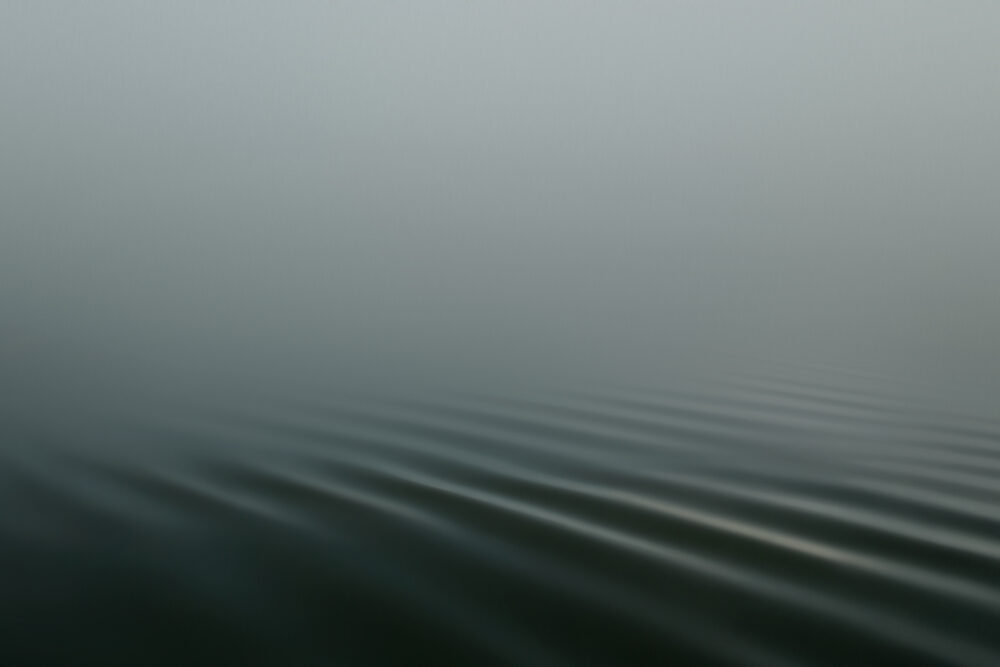 The minimal is more
After I finished working on the photo, I began to observe it convinced that it was the right representation of what is considered a “minimal”. This is one of the many photos of Lake Trasimeno, living nearby I take hundreds of photos at all hours of the day. The original shot is something very simple, at first glance it does not seem anything particular and if I had not been intrigued by the hypnotic repetition of the waves in the photo, I probably would have deleted it even before arriving home. With an equally hypnotic and meticulous post-production work, I managed to soften the reflections and colors as much as I thought was necessary, I followed the harmony of the waves and their rhythm. The photo already had everything, I had to take care not to spoil the already present atmosphere, I had to polish a little what was already there. Always after hours of observation I completed the definition of what was suggested to me by the waters of this lake, I had the impression that there was someone in the fog, I know it may seem like a phrase from a horror film but I am not referring to this type of “presence”, but rather something similar to science fiction, as if these waves were moving to communicate something, an incomprehensible message that comes from a being from another world, a creature that stands still in the depths of the fog. The lake was very calm, but the waves died under my feet as if they were repeatedly trying to tell me something, all their attempts ended in failure, but it must certainly have been something so important.
I had the impression that there was life inside this photo, it seemed that the waves were moving for real, the long search for some reference in the fog, in which there was nothing that the brain could focus on, created a slight sense of claustrophobia.
As someone said “the less is more”, a photo that had to be minimal turned out to be full of meaning.