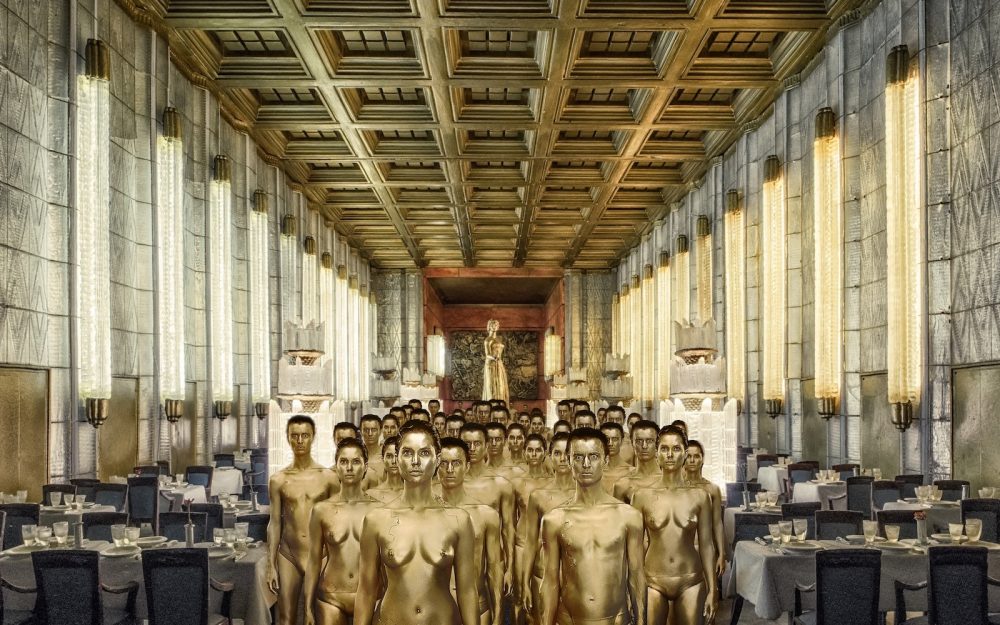 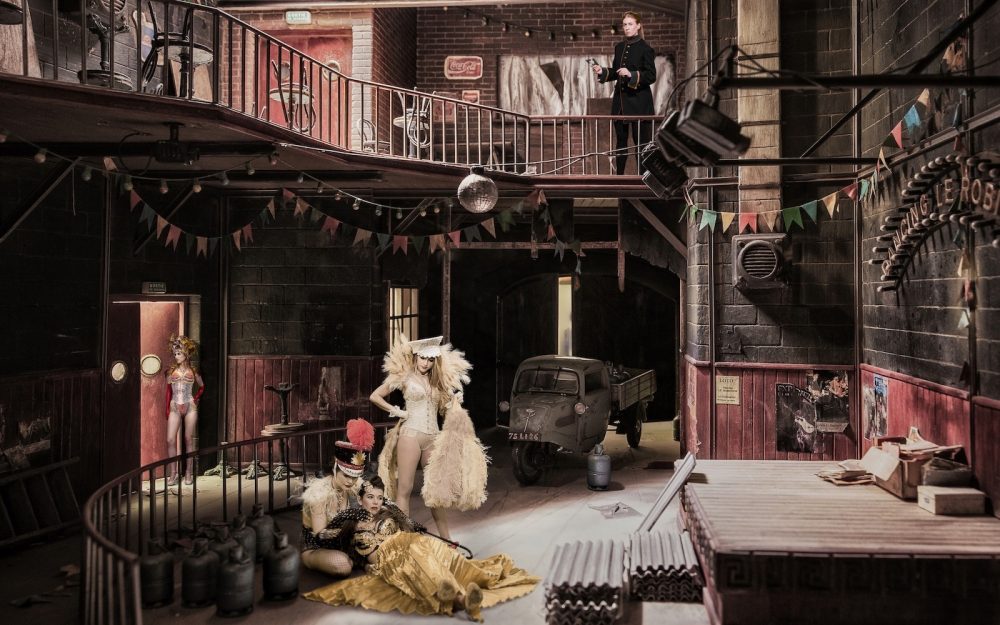 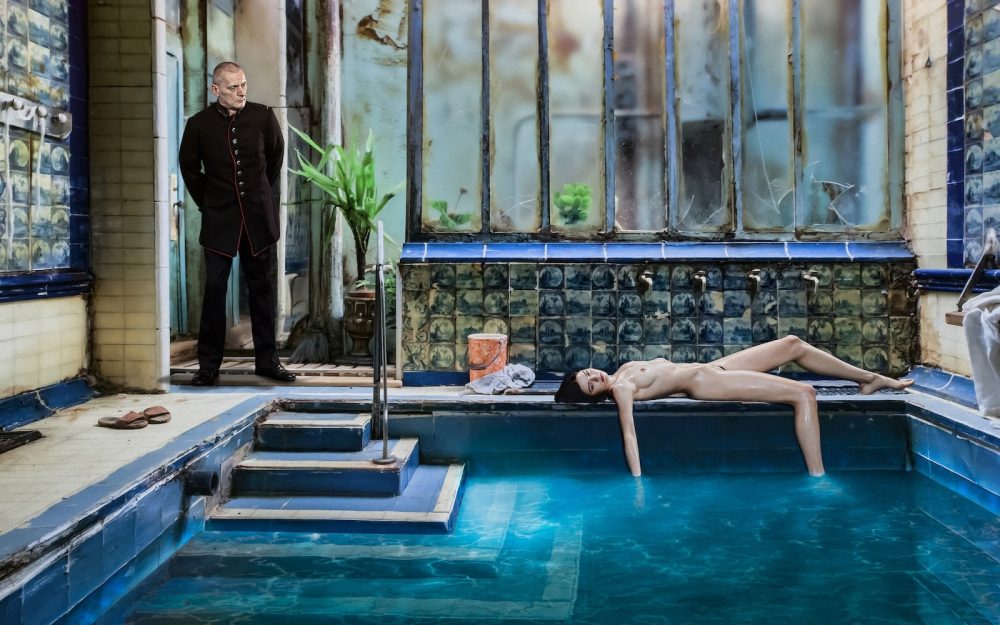 This series describes and visualizes the fascinating and terrifying aspects of a future entertainment park for sleepwalkers: the so-called Somniverse. Viewers of the series are invited to scrutinize the value and integrity of allegedly lifeenhancing services, whose primary aim is to jeopardize the clients’ ability to lead a self-determined, sovereign life. The photographs of the series were produced using artistic miniatures (1/12th scale) from Musée de Cinéma et Miniatures, Lyon, as backdrops. Actors and actresses, including Oscar-winner Christian Harting, were photographed separately in a studio. All pictures were recorded on film and digitally post-produced.