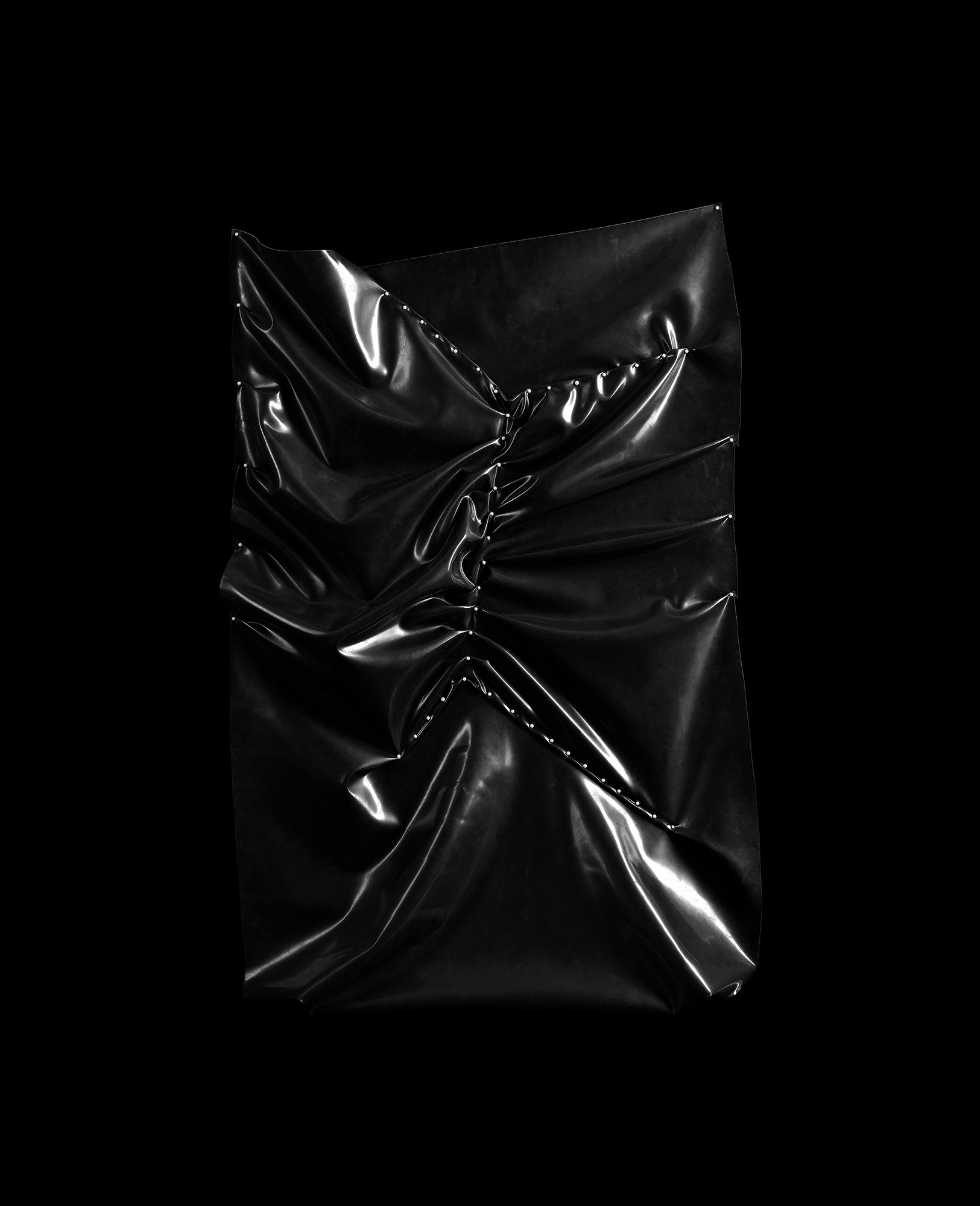 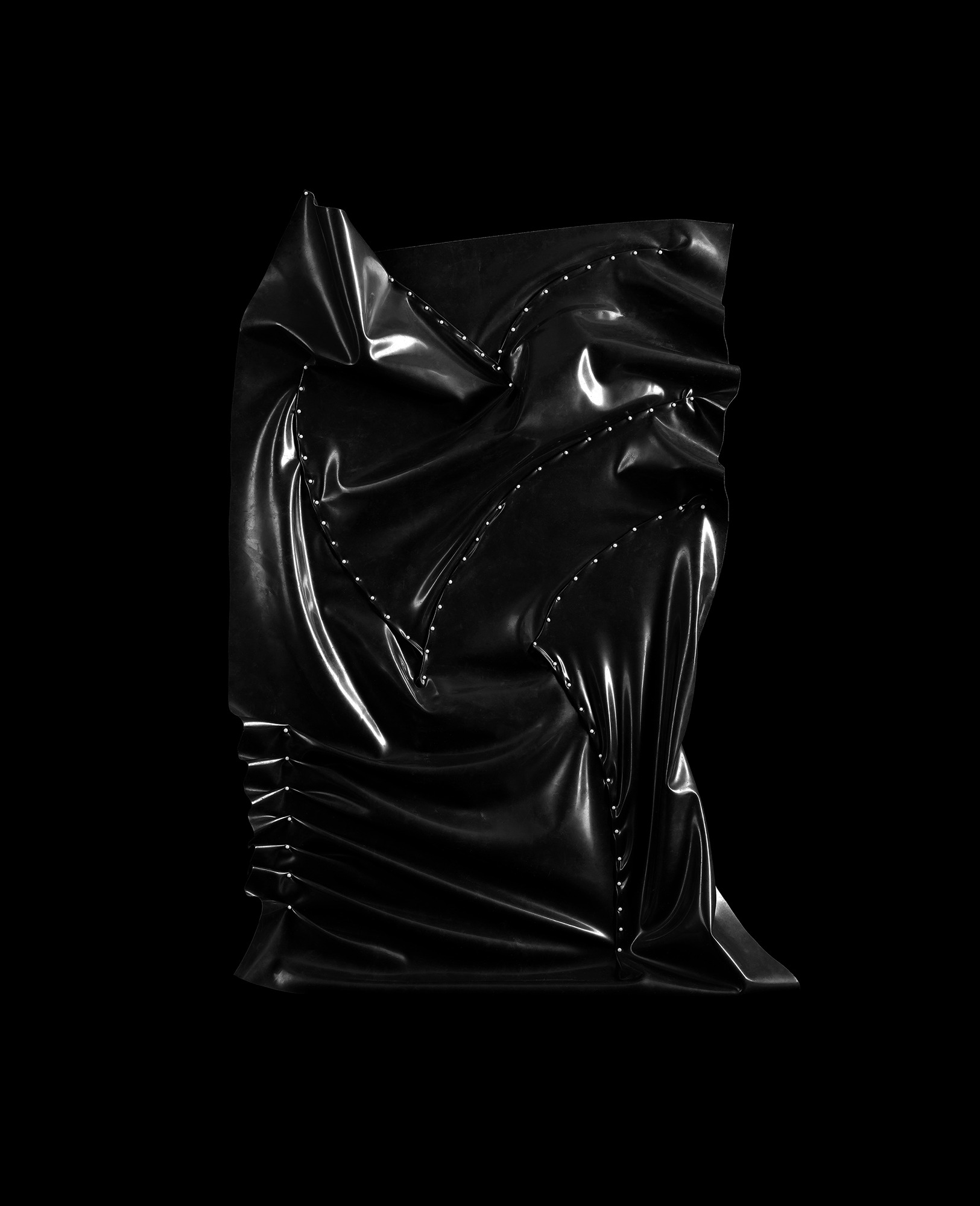 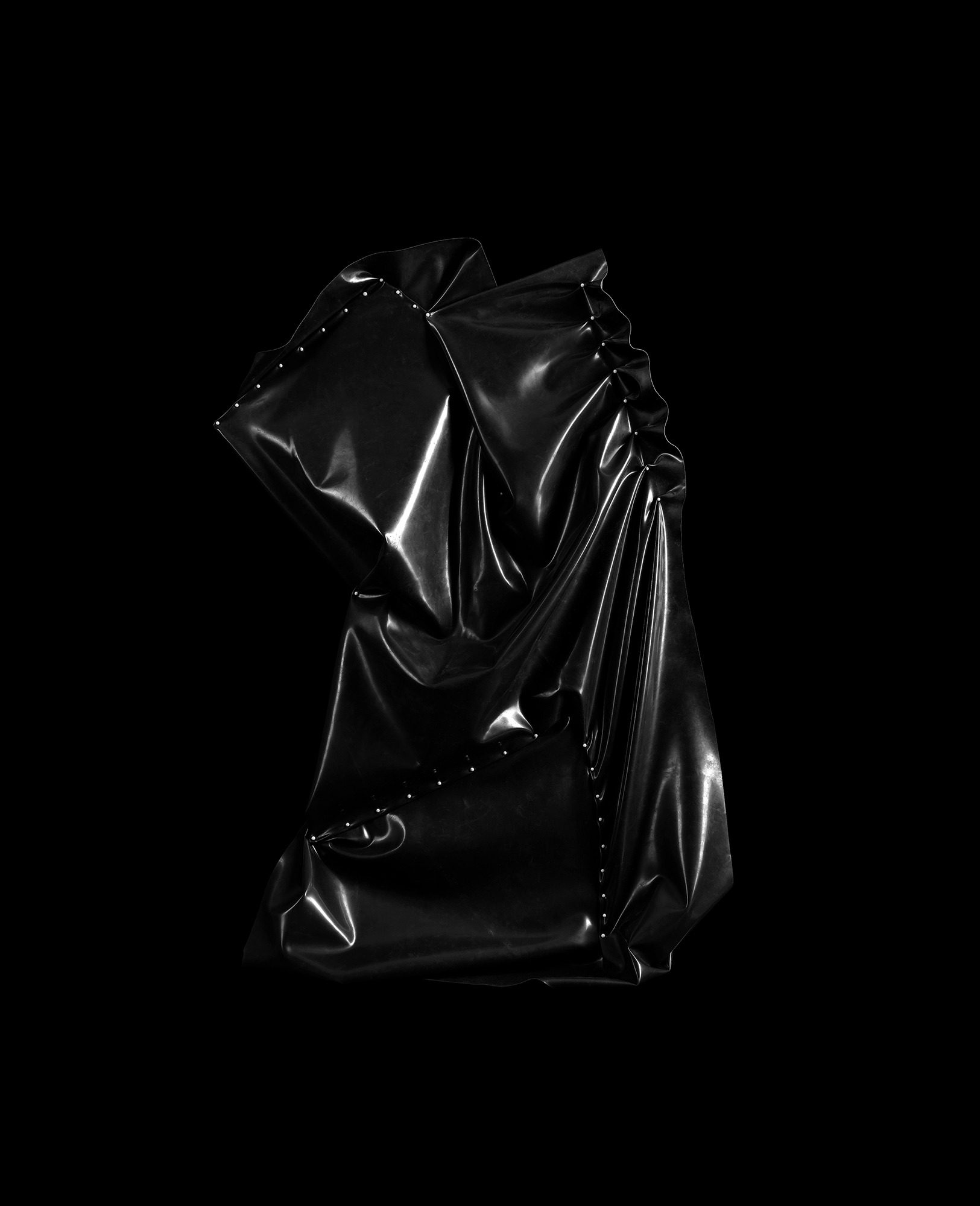 The series highlights the fetishism inherent in the act of photographing, presenting the images in deep chiaroscuro with glossy highlights against a pristine black ground, like artifacts in a museum catalog or high-order consumer goods.

This aspect of photography is foregrounded by using latex; the go-to material of ‘fetish fashion’, celebrated for its ability to create a second skin, overwriting the surface of the quotidian body with a hyper sleek, almost liquid facsimile. There is an act of concealment and erasure in the wearing of latex, where the surface becomes all; smoothing the imperfections of the skin it covers and the identity of its wearer. Worn tight, latex conforms to every contour of the body, whilst left to drape it teases; tension in the fabric alternating with slackness, suggesting the body concealed within. Drapery has, of course, been used in exactly this ‘erotic’ way in Art for millennia.

Stelæ makes a knowing and inevitable connection between latex as a fetish fashion material and its prominence in sexual subcultures such as sadomasochism, reinforced by the use of pinning, which evokes the practice of ‘needle play’ in which the skin is pierced, offering a broader connection between the body, pleasure, pain, and memorialization. The imagery alludes to the carved drapery found throughout the history of Art, juxtaposing its prominent ‘High Culture’ prestige with the hidden and ‘low’ subcultural status of sexual fetishes.