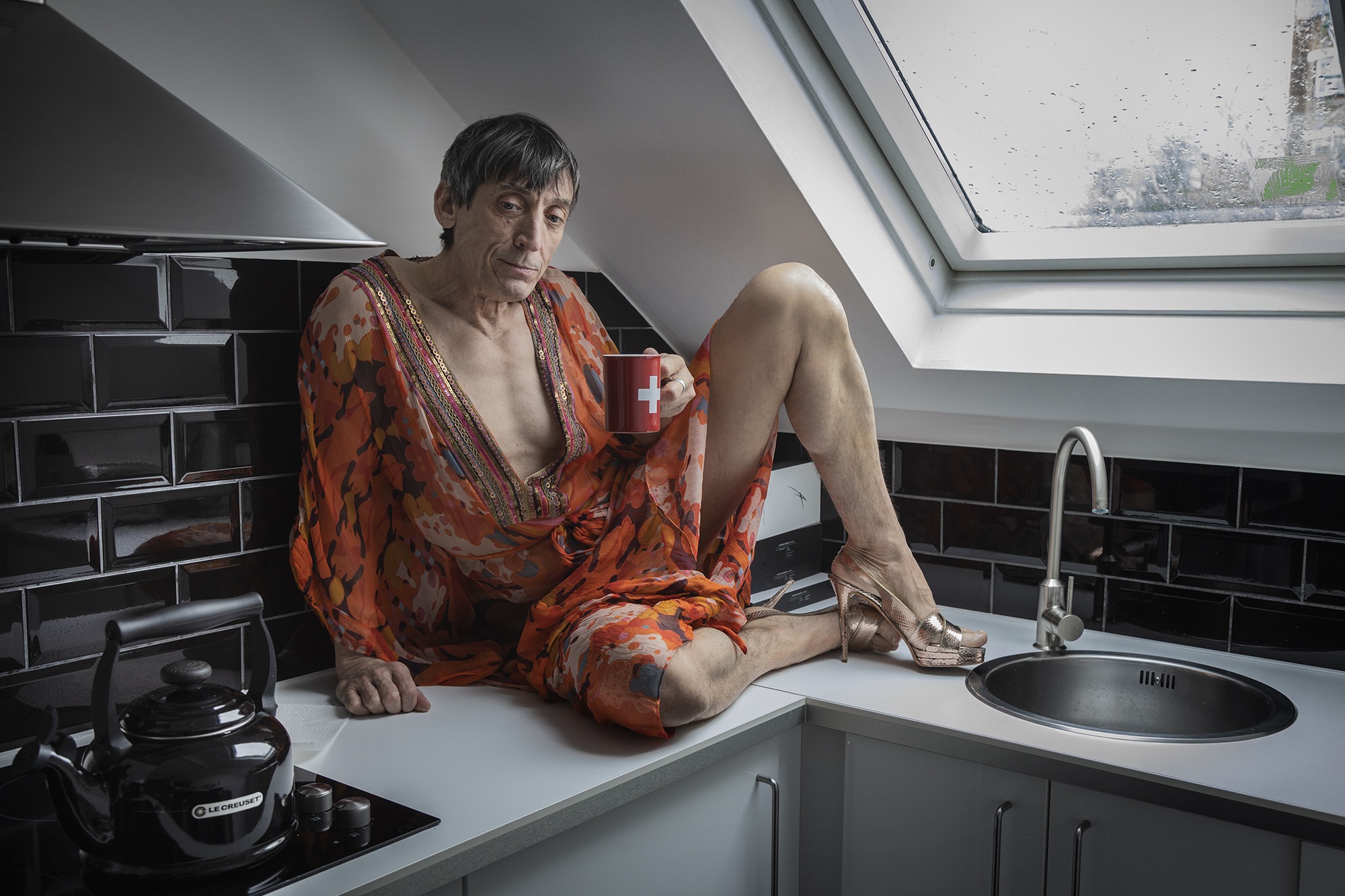 The new generation is more playful than us. You see them painting their nails, coloring their hair, using makeup, and wearing clothes related to the opposite sex. Personally, I go out disguised to see people’s reactions. But I only go to the city center. There are areas in Brussels I would not dare to approach.

Cross-dressing is the act of wearing clothing associated with the opposite sex. The transgender community adopted the term in 1976, replacing the word transvestism, commonly used by the psychiatric community to describe a psychological disorder or perversion. Historically, cross-dressing has served those seeking to avoid military service, participate safely in demonstrations, and for religious practices. Today, in a movement to abolish outdated social conventions, individuals are proudly claiming their fundamental right of self-expression, and demanding to be accepted for who they truly are.