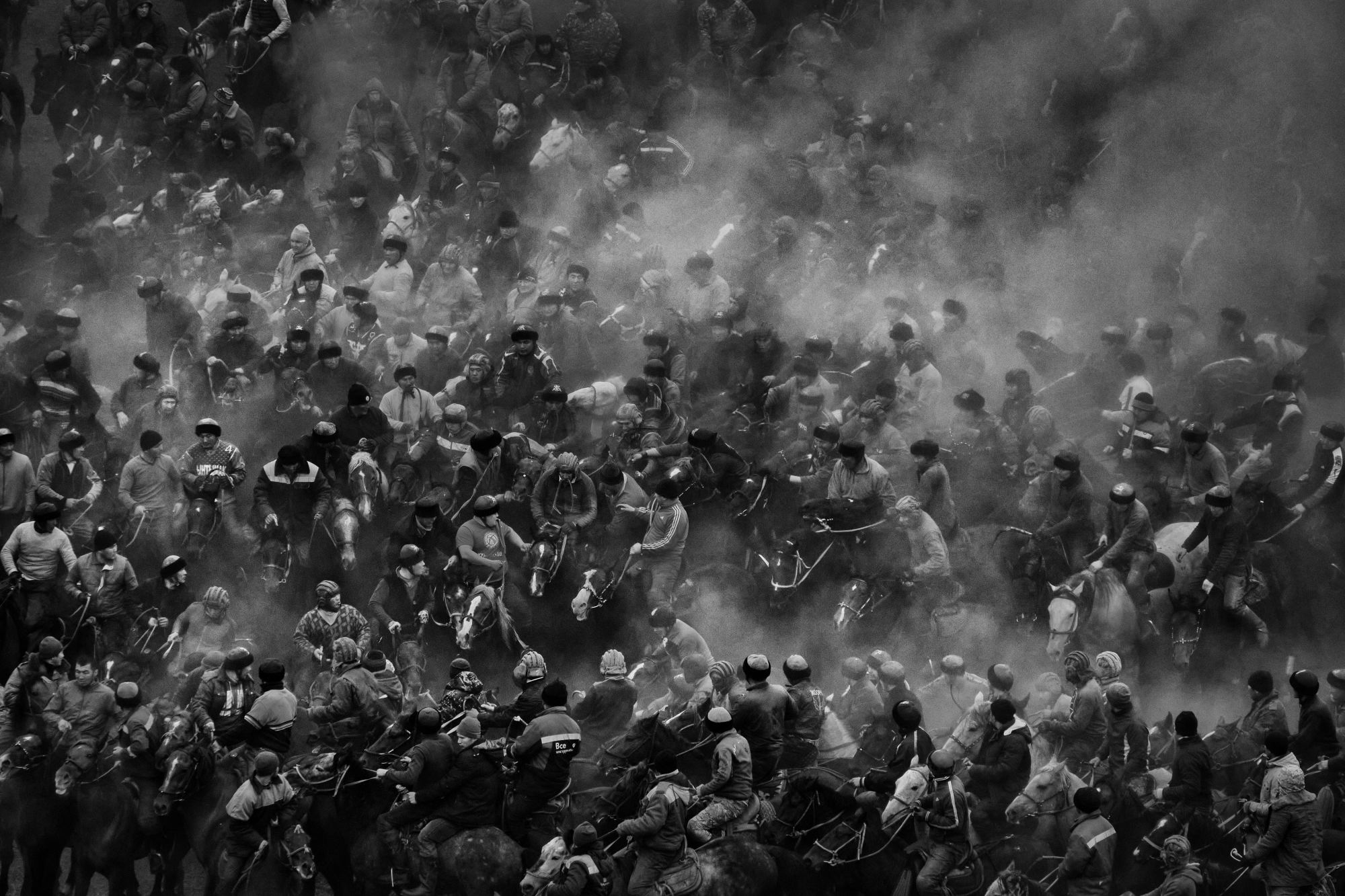 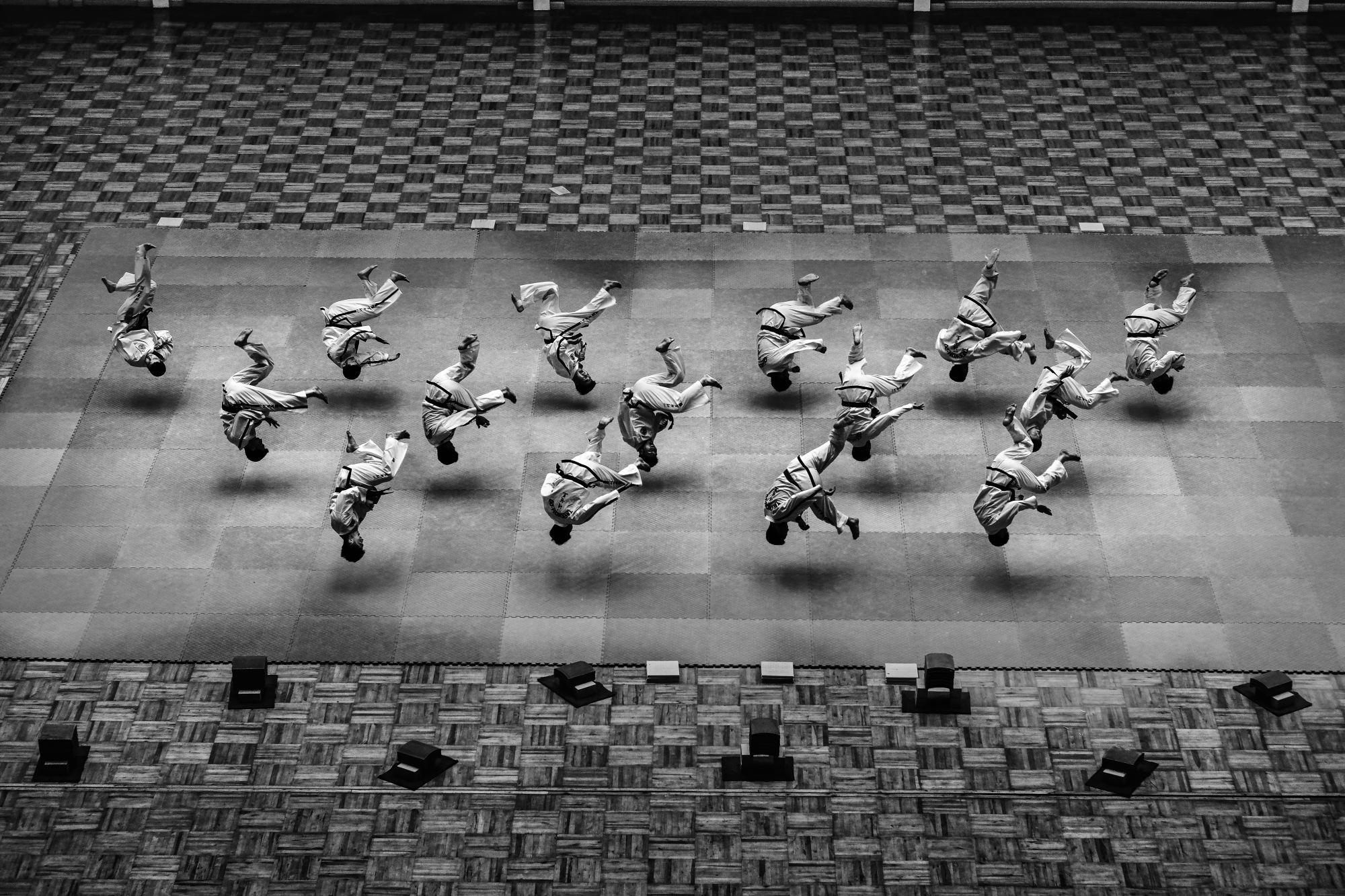 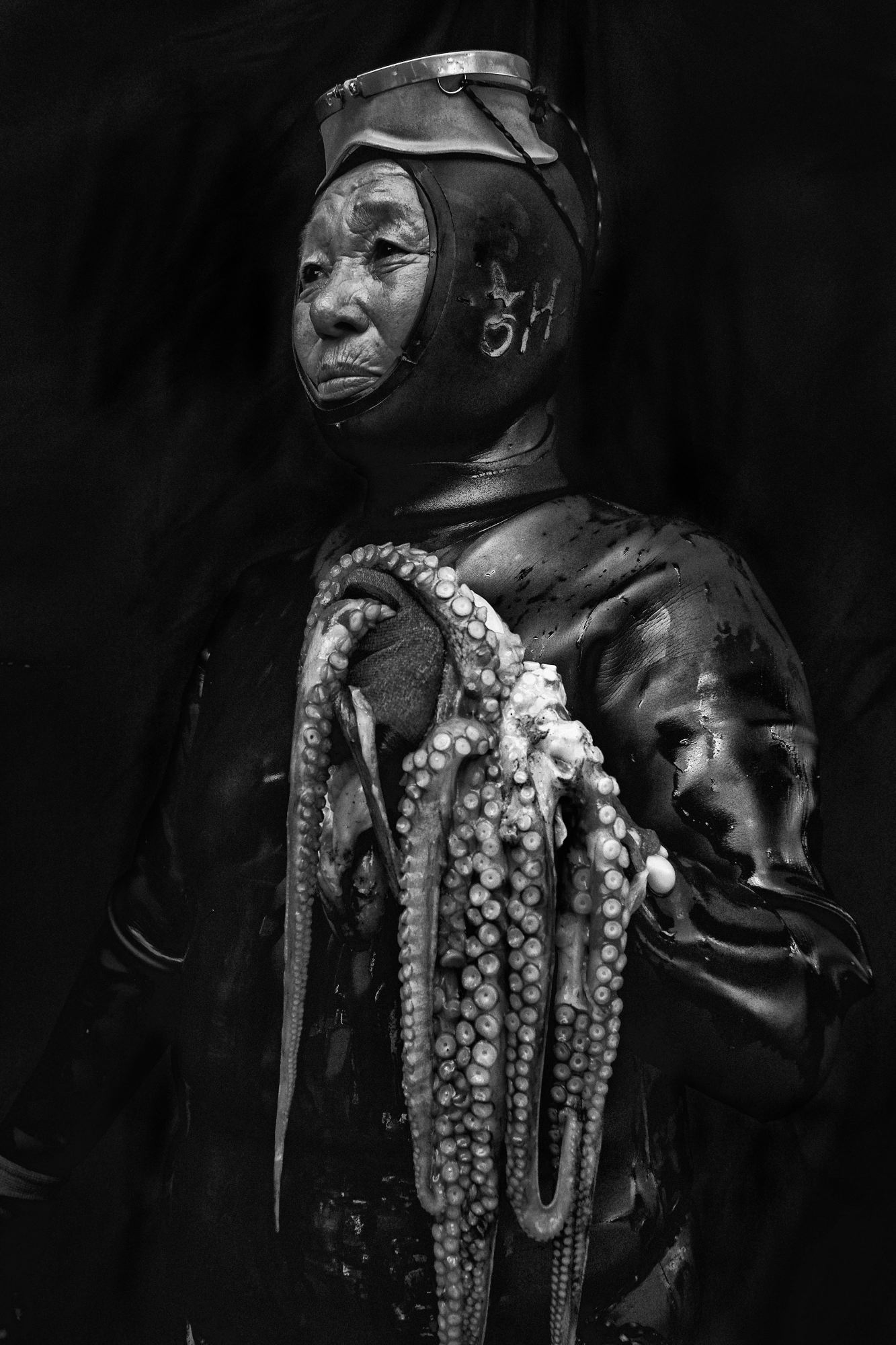 Soon-ja Hong of Seongsan comes out of the water holding an octopus. Now 69, it has taken Soon-ja many years to build up her endurance and fine-tune the hunting techniques that enable her to dive most efficiently.  But even the most experienced divers must follow the strict rules imposed by the fishing cooperatives including diving cycles that allow the women to work seven days on and eight days off in order to recuperate.

Jeju island, known for its characteristic basalt volcanic rock, sits off South Korea, and it is the home of the renowned Haenyeo or women of the sea who free-dive off the black shores of Jeju harvesting delicacies from the sea.

The Democratic People’s Republic of Korea (DPRK) remains one of the most isolated and secretive nations in the world.

Since its creation in 1948, the country has been ruled by three generations of the Kim dynasty descending from the country’s founder Kim Il-sung, followed by his son, Kim Jong-il, and currently under the control of his grandson, Supreme Leader, Kim Jong-un. It is a self-reliant socialist society based on an extreme interpretation of the cult of personality and devotion to the current and former leaders, fueled by a large dose of propaganda.

In the village of Uzgen, Osh region, more than 170 horses (in this picture) and men wearing the classic Soviet tank hat or a Kyrgyz tebetei hat, push and shove each other with dexterity and endurance in fearless combat as they fight for possession of a young 60 kg bull. Itin Bietov Jildizbek, a wealthy local man, has organized a massive game of Alaman-Ulak to celebrate the 13th birthday of his son Cherniaz. Only stallions are used in this game because they are naturally anti-social and eager to fight off rivals. The players train their horses to muscle out other horses in the pack while they themselves wrestle each other to snatch the goat and gallop toward the goal, slamming into the rubber tires that encircle the meter-high mound.